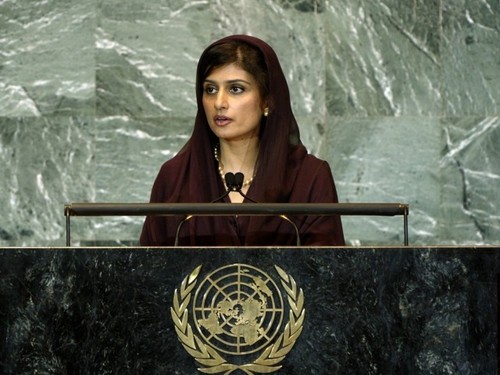 Foreig­n minist­er reiter­ates need for engage­ment, makes a case for Securi­ty Counci­l seat. Reiterating that Pakistan has the will to fight terrorism, she said that notable success against al Qaeda and its affiliates has been registered in recent years. “It is well known that following the Tora Bora bombing and consequent dispersal of al Qaeda, it was Pakistan’s intelligence and security agencies that interdicted a large number of al Qaeda operatives. Very recently, Yousuf Al Mauritani, the chief operative of al Qaeda, was arrested in a joint ISI and CIA operation,” she said.
Show original 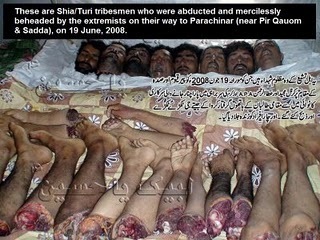 Is the Parachinar not a part of Pakistan? By Mohammad Ali Turi Parachinar which is the capital of Kurram Agency and a Federally Administrated Tribal Area has been harvested from whole country from last five years. Talibans have been kept blocked arrival and departure roads on the tribes of Parachinar from last continuously five years. Thousands of tribes are living like the prisoners. Supply of goods is stopped. People are compelled to purchase goods from Afghanistan. Most of tribes are using the Afghanistan’s lengthy and dangerous road for the arrival and departure from Peshawar and Islamabad. Blockade of roads and terrorists have affected every part of the life of the Kurram Agency. Developmental schemes have lost their original capacity. Educational system is also falling day by day. Post system is also mismanaged. Unemployment has been proceeding day by day. Condition of Business and Economics is also bad. Expansibility and over buying are on top. If someone like patient, student or professional person should have to go to Peshawar or Islamabad from Parachinar then he will have to wait for several weeks for convoy. Security Forces carry the passengers in trucks of convoy as they have carrying the cattle’s; wile Official and Governmental convoys are also not safe. And many times in the presence of Security Forces passenger’s coaches and carriages have been attacked by the Talibans in Official and Governmental convoys. In which passengers have been kidnapped and killed by the Talibans. Thall Parachinar road which is the main road between Peshawar and Parachinar and care and safety of passengers on that road is the responsibility of Pakistan’s Government has been occupied by the Talibans from last five years. Especially Taliban commander Fazal Saeed Haqqani and his group are targeting the passenger’s coaches and carriages on Thall Parachinar road. They are killing and kidnapping the passengers for ransom. Talibans have killed hundreds of young ones of Turi Bangash tribes of Parachinar during these five years. They have harmed the Parachinar more than the billions of rupees by occupying it and to stop the supply of goods. Bedevils of Talibans have been still continued from last five years on tribes. But Government and Security Forces are playing the role of a silent spectator. Parachinar has been from the country from last five years. Bedevils of Talibans, silence of Security Forces and insensitivity of the Government are the proofs that Parachinar is not a part of Pakistan. And the tribes of Parachinar have been leaved on the benignly of Talibans and terrorists. Turi Bangash tribes are the patriotic and faithful for their country Pakistan and fully supporting the Government however they have been still facing deep troubles and difficulties. Parachinar where the Turi Bangash tribes are living is a place where the Security Forces and Government Officers and servants are completely saved. Tribes of Kurram Agency were to glad that the operation which has been established against the Talibans and terrorists in July 2011 will be bring peace at Kurram Agency and roads will be opened. But ending of operation has not brought the positive results. And the terrorist’s commander Fazal Saeed has still the arrogation over the Thall Parachinar road. Tribes are still besieged. Writer who is a Governmental employee in a Governmental Office at Islamabad and the resident of Parachinar is also affected by terrorism like the other tribes. And his reaching towards the house in Parachinar from Islamabad has become a dream. Tribes of Kurram Agency are demanding again and again that the Government and Security Forces should take a serious action against the terrorist’s commander Fazal Saeed Haqqani and should follow the best policies and accept the Parachinar as a part of Pakistan to reopen the Thall Parachinar road
Show original

Senior Bahraini police officers suspended for torturing detainees are being swiftly reinstated in a sign of a growing struggle for power within the al-Khalifa royal family over the extent of the repression to be used against pro-democracy protesters.
Show original 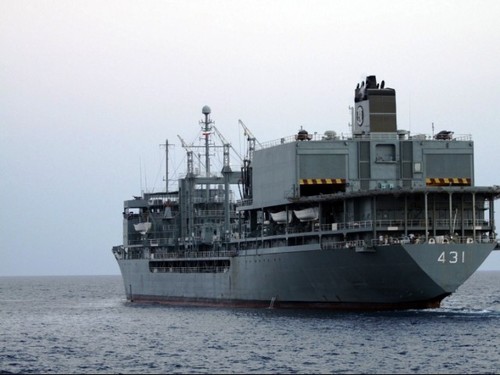 TEHRAN (Reuters) – Iran raised the prospect on Tuesday of sending military ships close to the United States’ Atlantic coast, in what would be a major escalation of tensions between the long-standing adversaries.
Show original

ISLAMABAD (Reuters) – Pakistan, facing a crisis in relations with the United States, appears to be seeking more support from powerful ally China.Pakistani officials have been heaping praise on China…
Show original