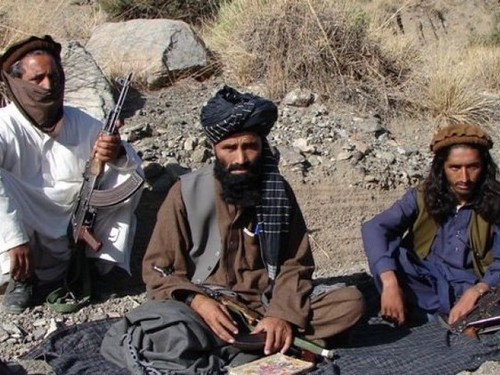 Another massacre
By Editorial
Published: February 19, 2012 There are many TTP terrorists and their autonomous commanders involved in the killing of Shias, an activity that has links to similar sectarian violence in some cities of Punjab, in a chain of cities of Khyber-Pakhtunkhwa. PHOTO: AFP/FILE
A suicide blast killed 31 people in Parachinar, Kurram Agency, on February 17 and when the Shia community protested following this tragedy, government troops shot and killed two more. A splinter group of the Taliban says it has attacked the imambargah because “the Turis are involved in activities against us”. A leader of the Tehreek-e-Taliban ‘Islami’, Fazal Saeed Haqqani said on the telephone: “We had warned the political administration previously not to side with Turis.” That is not how the local Shia — a majority in Parachinar — see the latest attack. They say that it was no coincidence that this bombing happened at a time when the presidents of Iran and Afghanistan were in Pakistan. It also criticised the establishment in particular by accusing it of tacitly supporting the Difa-e-Pakistan Council (DPC), which it said is an alliance of vehemently anti-Shia organisations. Two main components of the DPC are the Sipah-e-Sahaba (new name: Ahle Sunnat wal Jamaat) which is banned in Pakistan, and the Jamaatud Dawa which is banned internationally.
Sectarian conflict is an old issue in Kurram Agency, which saw violence in 1982, 1996 and 2007. In 2005, a man by the name of Fazal Saeed raised a Taliban force in Central Kurram and in 2007 he joined the Tehreek-e-Taliban Pakistan (TTP), which the media is now reporting as a ‘splinter’. The fact is that Hakimullah Mehsud, current head of the TTP, has always been rabidly anti-Shia and has devoted himself to killings in Kurram and his home agency Orakzai. He is also closely aligned with al Qaeda and the Haqqani network. The more one goes into details, the murkier it gets in terms of Pakistan’s policy of fighting terrorism. In 2007, Hakimullah’s men began their assault on Kurram, closing the Thall-Parachinar road, which is the only link with the rest of the country. In 2008, the two sects signed a peace deal known as the Murree Accord, but the terrorists never allowed it to be implemented till 2011. In July that year, the military launched an operation and opened the Thall-Parachinar road to traffic by October. But the opening of the road was not a resolution of the sectarian issue which remains the central crisis of the agency and involves the rest of Fata as well.
There are many TTP terrorists and their autonomous commanders involved in the killing of Shias, an activity that has links to similar sectarian violence in some cities of Punjab, in a chain of cities of Khyber-Pakhtunkhwa on the road going from Peshawar through Kohat to Kurram, and in Karachi. It means nothing when ‘splinters’ are reported among the terrorists because they were never well-knit in the first place. The important factor is that they carry out their criminal activities without tangling with one another, except in the case of Khyber Agency where two terrorist organisations are busy battling for power. Fazal Saeed, who has claimed responsibility for this most recent massacre, is supposed to have defected from the TTP last year but signalled that he would not fight the military, thus setting his outfit apart from the other Taliban. This led to Hakimullah appointing Mullah Toofan in his place. But all of them — while disunited — target the Turis of Kurram, a predominantly Shia tribe. There is a group led by Tariq Afridi of Orakzai, there is the Lashkar-e-Jhangvi with Punjabi Taliban in its ranks, and a faction of Sirajuddin Haqqani sprinkled with a number of foreign militants. The army operation of 2011 scattered a lot of these terrorists: to the mountains of Central Kurram, Tirah in Khyber Agency, and to Orakzai Agency where the military is fighting on another front. And in the past few weeks, a military operation with several casualties on both sides helped dislodge the Taliban from hideouts on top of the mountains of Central Kurram.
The latest Parachinar massacre highlights the central crisis of Pakistan: that life is very close to death all the time for those who live in regions lost to elements whom Pakistan will not fight ‘because it is not our war’; and that schisms emanating from state ideology create serious issues.
Published in The Express Tribune, February 19th, 2012.
Via tribune.com.pk