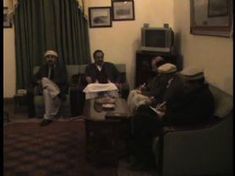 Commissioner Kohat visits Parachinar blast site Updated on: Tuesday, February 21, 2012 9:40:02 PM Share | Staff Report PARACHINAR: Commissioner Kohat visited Parachinar blast site and said that the heirs of the people killed and injured in the blast will be given cheques tomorrow, SAMAA reported on Tuesday. Sahibzada Muhammad Anis, the commissioner, said in a press conference here that the government will take action against the terrorists. The Parachinar Peshawar main highway will be opened from tomorrow, he said. He appreciated the people of the area as they remained calm, patient and peaceful after the blast. The commissioner will distribute cheques among families of the killed and injured people in the blast. At least 43 people were killed and 37 others injured in a suspected suicide blast in a busy market in Parachinar on Friday. SAMAA
Via samaa.tv