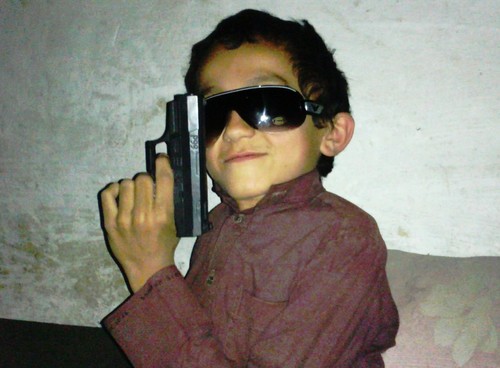 Despite ban Jihadis deliver sermon on UoP campusAshfaq Yusufzai | Peshawar | From the Newspaper3 hours ago
PESHAWAR, Feb 25: Activists of a banned jihadi group delivered a lecture on the campus of University of Peshawar (UoP) on Friday evening though the university’s rules do not allow such gatherings, sources say. “Two persons delivered speeches outside Madina Mosque in the university to a group of about 60 people. Their speeches centered on efforts to invite people towards jihad,” one of the students, who listened to the sermons told Dawn on Saturday. The visit by leaders of the Bahawalpur-based banned jihadi outfit was part of the organisation’s membership drive, he said, adding that about 30 people filled out membership forms after the anti-US speeches by Maulana Mufti Abdur Rehman and Hifzullah. A day before posters were pasted in the campus, asking the students to attend the lecture by activists of the group â€“ led by Maulana Mohammad Masood Azhar â€“ after Isha prayer at Madina Mosque, but the administration failed to take any action and ban their entry to the campus, officials at the UoP said. Both the leaders blamed the US and its allies for the problems of Pakistan and urged the people to stand up against what they called the anti-Islam forces and foil their attempts to subdue Muslims, a university lecturer, who opted not be named, quoted the jihadi outfit’s activists as saying. They also distributed literature outlining their agenda, he said. One leaflet said that the group was working to translate the Islamic teachings into actions, serve the people and Islam by spreading knowledge of the religion so that people could understand true Islam and its enemies. “About eight people guarded the gathering during the programme that lasted for an hour. With the support of some of the varsity’s students, they were able to distribute and collect membership forms from the participants,” the lecturer added. Both the pro-jihad activists blamed the US for the desecration of the Holy Quran in Afghanistan and said that such acts were not permissible and should be avoided in future, a police official said. He said that they also asked people to deposit Rs90 each so they could be sent literature on monthly basis. “Our activists would not allow the enemies to cause disturbance in areas populated by Muslims such as the Indian-held Kashmir,” he quoted one of the speakers as saying. Campus SHO Abdul Salam Khalid told Dawn that the police required the written directives of the university administration for each action and they couldn’t act on their own. “Over a dozen programmes take place in the varsity everyday with the permission of the administration. If the university administration doesn’t allow any function or entry of any leader to the campus, they communicate to us and we make sure that the varsity’s directives are followed,” the SHO said. However, he added that the police had no knowledge of the programme of the jihadi group and the question of action didn’t arise. “We have not allowed them because such lectures are illegal according to the university rules. The organisers of all functions at the campus are required to seek prior permission,” said Fazle Hadi, registrar of the University of Peshawar. Mr Hadi said that they came to know (about the gathering) abruptly and nobody had been informed. “We are not going to take action against anyone because none of the varsity’s employees or organisation was involved,” he said when asked if they would take action. The members of Jihadi groups have been visiting the campus housing four universities â€“ University of Peshawar, University of Engineering and Technology (UET), Agricultural University and Islamia College University â€“ since September when a small group of local Taliban drove to the campus in two pickup vans and collected donations in the mosque. In March 2010, some students entered a class at the UET and delivered speeches, saying that the US was an enemy of the Muslims and it was the duty of all the Muslims to support jihad.
Via dawn.com