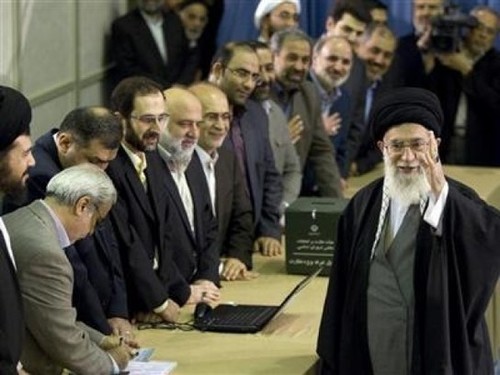 TEHRAN: In the face of aggression from the United States or Israel, Iran will attack to defend itself, Iran’s most powerful figure, Ayatollah Ali Khamenei said on Tuesday.
“We do not have nuclear weapons and we will not build them but in the face of aggression from the enemies, whether from America or the Zionist regime, to defend ourselves we will attack on the same level as the enemies attack us,” Khamenei said live on television.
“Americans are making a grave mistake if they think by making threats they will destroy the Iranian nation,” he said in his annual speech to mark Nowruz, the Iranian New Year.