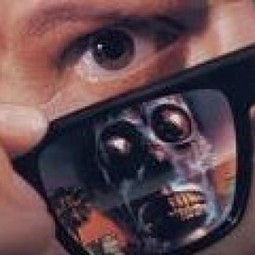 IF anything drags down the current peace process in Afghanistan it will be the prevalence of religious, ethno-historical and politico-strategic narratives that encourage Afghans to continue fighting till the finish.

The Afghan psychology is one of ‘raw bravery’ boosted by romanticising past victories against global powers. Serious measures are needed to counter these narratives.

Following Obama’s exit policy in Afghanistan, different forums have started debating possible solutions to the future of the war-battered country. The Taliban’s readiness to open a political shop in Qatar and its recent contacts with the US had given impetus to these debating sessions.

However, workable ideas have been scant; most donor-sponsored forums waste time on tracing the factors that led to the war, counting the actors and coming up with ‘conspiracies’ that were hatched by the world against the Afghans.

Reading the history of the Afghan wars through rose-tinted glasses, a batch of retired generals and first-generation Pakhtun intellectuals have been busy romanticising Afghan heroism and love for religion as well as trying to frighten the world by presenting superhuman Afghan qualities. Calling for the humiliation of the Americans at the hands of the Afghans, these ‘experts’ continue to beat the drums of war, as they remind the Afghans of their ‘glorious’ past.

The Afghan conflict is seen predominantly through the prism of religion and the perception among ordinary Afghans is that their ragtag nation is repeating history by defeating the US just as they triumphed over the Soviet Union and the British Empire.

This discourse is very dangerous as it continues to fan the idea of ‘holy jihad’ in a religious sense and ‘the global war on terror’ at a politico-strategic level.

No efforts at coming up with a permanent solution to the Afghan crisis can be successful until such narratives, whether based in religion, history or politics, are eliminated. Space is needed for an alternative discourse before various Afghan factions and
ethnic groups can effectively be made part of a future dispensation.

Since the invasion by the Soviet Union in 1979, the Afghan conflict is being showcased as a holy war. This prefix continues as Afghan lands serve as hunting grounds for both Arab sheikhdoms and western democracies — some are sending their bad boys
there, others are searching for the bad boys.

Another equally dangerous narrative is propagated mostly by military commentators and religious elites who call the Afghans ‘invincible’ and their land a graveyard for the superpowers, in which history is now repeating itself.

The fact is that the British Empire remained master of Afghan foreign policy from 1879 to 1919 — 40 years — unchallenged.

Besides, taking full control of Afghan foreign policy, the British also seized the Kurram and Pishin valleys, Sibi and Khyber Pass and forced the Afghan monarch to sign the humiliating treaty of Gandamak.

In the late 19th century, the Afghan monarch signed the Durand Line Treaty surrendering Afghanistan’s legal claims over what became the North West Frontier Province and the tribal areas (now Fata) to the British Crown. And who defeated the Soviets?

No doubt the Afghans put up a historic resistance but the war was, for all purposes, the Soviets vs the world.

An alternate discourse should challenge the current narratives and must be actively encouraged in Afghan society and Pakistan in a way that discourages outside forces from using Afghan soil to further their long-term strategic interests.

The writer is director, news and current affairs at Khyber TV.