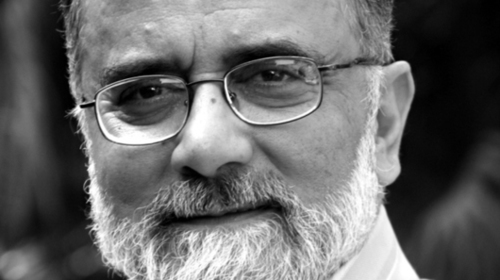 In his most recent interview (21 March 2012) with Fresh Air’s Terry Gross, Ahmed Rashis recycles and reinforces an extremely dangerous stereotype of Shia Muslims in the Middle East and throughout the world, i.e., Shia Muslims are stooges and agents of Iranian mullah-regime. This stereotype has been frequently used by Arab dictators in the Middle East, Jihadi-sectarian groups (Al Qaeda, Taliban, Sipah-e-Sahaba, Ikhwan-al-Muslimoon etc) in Arab and non-Arab countries to persecute or/and massacre innocent Shia Muslims.
Lately, Ahmed Rashid’s narrative is a reflection of the 80-20 mixture, i.e., 20% of propaganda camouflaged in 80% of factual analysis. We have noticed similar slants in his previous works which will be shared on these pages shortly.

On Tuesday’s (21 March 2012) Fresh Air, Rashid discusses the challenges facing Pakistan and Afghanistan in the post-Osama bin Laden era and within this interview spreads adverse and unrealistic stereotypes of Shias.

GROSS: So I want to change the subject a little bit here. We’ve been talking about Afghanistan and Pakistan. I should bring up Iran with you because the Israelis are considering bombing Iran’s nuclear facility before Iran is able to make a nuclear weapon. There’s some pressure in the United States to have Obama – the Obama administration work with Israel in doing that. If the Israelis were to attack Iran – Iran’s nuclear facility – what impact do you think that would have on the region?

RASHID: I’m glad you asked me that, Terry, because I think, you know, this has totally been underplayed by the American media. I think the repercussions in the region would be devastating simply because the Iranians would not retaliate in a confrontational war with either Israel or the United States, if there was a bombing of Iran.

They would launch a guerilla war using their proxy forces all through the Middle East, from Lebanon all the way to India. You know, Iran, as you know, is a Shia country. All these countries have Shia minorities. Many of these Shia minorities have groups which are pro-Iranian and have been armed and funded by the Iranians. These groups would unleash terrorist attacks on Americans and Europeans and Westerners and Israelis. And there would be a real mayhem. And this would particularly affect the neighboring countries of Iran, of which both Pakistan and Afghanistan are. So, Afghanistan and Pakistan are ostensibly allies of the United States, but they’re also neighbors of Iran.

And they would be placed in a terrible quandary because they would be faced of the possibility of American forces using these territories to launch retaliatory attacks against Iran, Iran retaliating with guerilla attacks and terrorist attacks in Pakistani cities, in Afghan cities, killing Americans, killing Westerners, et cetera.

And plus the anger, not to speak of the general anger of the Shia minorities in these countries, and the overall anger of Muslims everywhere. Because, you know, this – I mean Muslims would read this as being the third time in a decade that the U.S. has attacked a Muslim country – if we look at, you know, Afghanistan and Iraq as the first two.

So, you know, it would not just create anger in the Shias, but I think there would be, you know, the growth of anti-Americanism in the Muslim world amongst Sunnis, the mainstream Muslim sect, would also be enormous. And the consequences I don’t even want to think about. I mean, you know, it would be very difficult to push through programs of democratization and liberalization, et cetera, et cetera, once something like this happened.