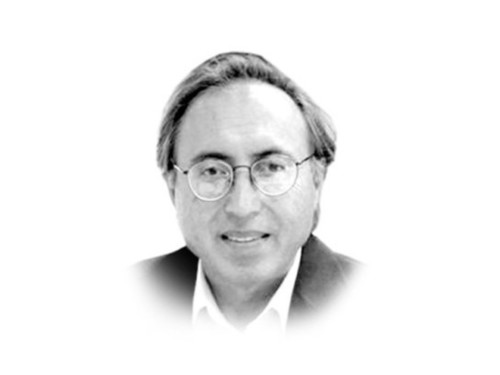 The most popular slogan of the Pakistan Peoples Pakistan (PPP) is, “Bhutto lived yesterday, Bhutto lives today”. The slogan signifies the place Zulfikar Ali Bhutto holds in the history of Pakistan. For his supporters, he is martyr, a shaheed, and has left behind a great political legacy. Bhutto lives on for many reasons but nothing can be more noble than the great sacrifice of going to the gallows and not submitting to the will of a military dictator.
Bhutto was a great leader; charismatic, articulate, learned and a man of the people. No other leader can truly match his stature. Benazir Bhutto, his daughter and another martyr, came somewhat close to her father; equally charismatic, cosmopolitan, liberal with profound insights of the political world. This piece is not about comparing the two at all. What I wish to say is that the place these two Bhuttos, and more remarkably ZAB, have in public imagination cannot be matched by any other leader in Pakistan. So what does really makes Bhutto’s legacy live on?
There are three things. First, it was his struggle against the military regime of Ayub Khan of which he, too, was a part of for many years. What many commentators fail to understand is that Bhutto, the most popular figure of that regime, turned the public tide when he launched the PPP and the protest movement. Interestingly, all other political parties as well as college students in particular, had been in the protest movement but the shining star was Bhutto. He attracted a bigger crowd, raised hope for political change and his image unified the progressive forces of the time before him. His supporters included poets, writers, journalists and intellectuals. The political struggle transformed him and his party in less than a decade. He emerged as the most popular leader of Pakistan at the time and the PPP became the second mass-based party in Pakistan’s history after the Muslim League. The mass-based credential and genuine popular support for the PPP has been comparatively deeper and wider than the party leading the Pakistan Movement.
The second important fact that makes the Bhutto legacy live on is that his politics and image thrived on the idea of social and economic reform in Pakistan. He used the slogan of socialism, precisely Islamic socialism. Actually, he was inspired by the ideology of a welfare state, a popular political creed of the time even in the hardcore capitalist countries of Europe. Some of the economists in Pakistan continue to unjustly blame Bhutto for the adverse economic effects of nationalisation. They forget that these effects were universal. One could see them taking place in China, India and other socialist or semi-socialist states as well. The magic of democracy, had it continued, would have corrected its path because it works according to the doctrine of pragmatism. As the neo-liberal economies continue to create social and political gaps on account of inequality, the idea of a welfare state in new forms will re-emerge and grip the minds of political reformers.
Finally, the political consciousness that Bhutto raised is unparalleled in the history of developing countries. By travelling through almost every nook and cranny of Pakistan, he attracted crowds in large numbers. His message of worth, value and centrality of the common man spoke to them. If there is some degree of popular engagement in the political process of Pakistan, it is due to the enduring effects of the popular politics of Bhutto.
Published in The Express Tribune, April 8th, 2012.