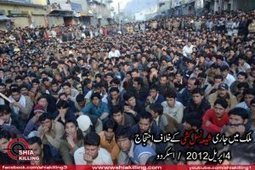 What we have done to Gilgit-Baltistan

Like today’s politicians and strategic experts do not know how Balochistan came to be a part of Pakistan, they similarly do not know how Gilgit-Baltistan came to be apart of Pakistan. For the sake of recall, Gilgit-Baltistan used to be a part of the Kashmir state that the people freed from Dogra raj. Post-independence, the people of GB voluntarily decided to join the federation of Pakistan and wanted to be given the status of a federating units like the others. But the then rulers of Pakistan, pleading on the basis of the lack of an administrative infrastructure, stated that they would have to be part of the Pakistan federation for the time being without being declared a separate province. They would be given that due status once the requisite administrative infrastructure was in place. Given our national predilection for amnesia, no one remembered this pledge even though the people of GB constantly kept reminding governments and repeatedly asked for recognition of their identity. In 1963, an important part of GB was given under the control of China without asking from the people. Given their allegiance to and love for Pakistan, the local populace accepted this unjust decision. Finally, the incumbent government came through on the historical promise of giving them provincial status.

It is pertinent to mention here that it is the people of GB, after the people of East Pakistan, who fought their war of independence themselves, got their freedom and joined Pakistan of their own volition. Of Pakistan’s current territory, there was widespread disagreement in the then province of NWFP. The Red Shirts movement boycotted the referendum and because of that boycott, the province became a part of Pakistan after the referendum. The Sindh Assembly had passed a resolution in favour of Pakistan but there was no noteworthy expression of desire from the people there. The province became a part of Pakistan according to the plan of partition. The resolution that had been passed in 1938, in fact was passed in the assembly of the province formed after separation from the Bombay presidency. During the elections for this assembly, the issue of Pakistan had never come up. The resolution was passed 1938 whereas the resolution for Pakistan was presented in 1940.

Similarly, the Pakistan movement in Punjab was also restricted to a few days. The elections that took place in Punjab before independence, the Muslim League had not gotten a majority in them. Along with Hindus and Sikh, the party of the Punjabi feudals, the Unionist Party, formed a coalition government and the chief ministership was given to Khizar Hayat Tiwana. During this time, the movement for Pakistan had already gained steam. Thus, the Muslim League also protested against that government in Punjab and registered their participation in the Pakistan movement. Some Muslim Leaguers were arrested. Some feudals also had an R&R session as jailbirds. But this agitation in Punjab wasn’t even a miniscule portion of the entirety of the Pakistan movement and the sacrifices rendered for it. Punjab’s English governor hinted to all the Unionists that since the Pakistan movement was about to achieve its end, it was better for them to join the ML. And as the night fell, all the Unionist became Leaguers and West Punjab became a part of Pakistan. If Punjab had prepared it case to present to the Radcliffe Award, then Ferozepur and Gurdaspur could have become parts of Pakistan. Batala especially would never have gone to India. But the Punjabi Muslim League was barely able to fight its own case properly which is an indication of its seriousness of purpose.

However, returning to the point I was making, it was the people of East Pakistan that had rendered the most sacrifices for the creation of Pakistan and after them, the people of GB who got their territory freed from an oppressor and joined Pakistan. The decision about East Pakistan was also taken by people who had no remarkable contribution to the creation of Pakistan. And now what is being done in GB is also being done by elements who never fought for the cause of Pakistan.

What did we lose after losing East Pakistan? Those who are pushing this country deep into a quagmire in the name of Islam still have no idea about how grave that loss was. The leadership of East Pakistan would never have let Pakistan be embroiled in the Afghan war. The Kashmir problem would possibly have been solved. Just like India, Pakistan would be on the road to rapid development. We would be standing with dignity in the comity of nations. Our society would have been free from the scourge of violence. No OBL would have been ensconced safely in our quarters and no Hafiz Saeed would have had the gall to support foreign terrorists. We have seen all this because we let East Pakistan go. And what is happening in GB now, if I allude even perfunctorily to it, it would scare the daylights out of most.

Consider: What is the geographical location of GB? On the one hand, it joins with KP and on the other with Azad Kashmir. The Karakoram Highway passes through it and that is where our and China’s territories meet. North to that is Wakhan strip which is a part of Afghanistan. But this is the area which directly joins Pakistan to the landmass of Central Asia. China is conducting many great developmental worksin GB. China is going to build a big water reservoir in this area, 80 percent of the expenditure for which China will bear itself. This Chinese reservoir will act like a lifeline for our Daimer-Basha dam. If this reservoir is not built, the Daimer-Basha dam will be but a pipedream. You must also know that the fountainhead of our aquatic lifeline i.e. the River Indus is also situated in GB.

I wrote in my previous column that if any flight from Indian territory to Afghanistan were to take fifteen minutes, it would be from this area. You fly from Occupied Kashmir to GB from where you fly to Wakhan in a matter of minutes. Now look at our relations with India and the US. Look at their capabilities and look at our own and you will clearly know what I am worried about. If we lose control over GB, the one that we never actually established, what would be the consequences for that?

Eighty percent of GB’s people belong to the Fiqh Ja’afria. They are a peaceful people. During Zia-ul-Haq’s reign, the Sipah-e-Sahaba started terrorist activities in the region which have now gained a lot of momentum. Gilgit has been in a curfew for the last three days. Corpses litter the roads and no one dare pick them up. Sectarian hatred is fermenting in South Punjab and our tribal areas and reaching that region. Kashmir is the ‘jugular vein’ without which we have been living for 64 years. But if some enemy gets hold of our jugular vein of GB, we will definitely not have 64 years…