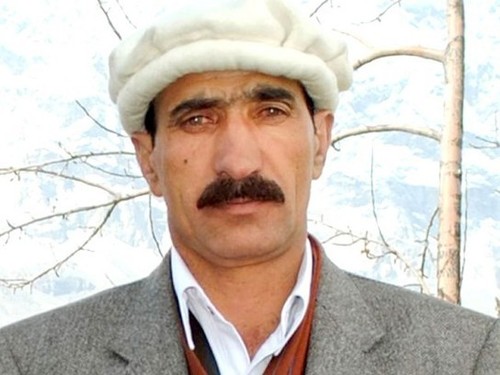 SKARDU: Skardu-based mountaineer Hassan Sadpara, who became the second Pakistani to climb Mount Everest, has resigned from his post as an instructor in the police force after claiming to have been manhandled at Skardu airport, and stopped from meeting President Asif Ali Zardari, Express News reported.
Addressing a press conference at the Skardu Press Club, Sadpara announced his decision late on Thursday, adding that he was not allowed to meet the president when he passed through Skardu on April 18, enroute to Gayari, Siachen.
As if that was not enough, Sadpara claimed that the Gilgit-Baltistan (GB) Chief Minister Mehdi Shah had ordered for Sadpara to be removed from the premises. The famed mountaineer was then manhandled by security officials.
Recognising Sadpara’s achievement, and his humble background the Gilgit-Baltistan government had appointed him as an instructor in the police force.
The local hero said that a ban has been placed on him from meeting government officials and from issuing statements in the press. He also complained that he had not yet received the cash prize, announced in acknowledgement of his achievement.
It is noteworthy that Shah had lauded Sadpara’s achievement, promising him a befitting reception, when he returned home, while GB Senior Minister Mohammad Jaffer had announced a Rs50,000 cash prize for him.
A high-altitude porter by profession, Sadpara climbed 29,028-foot-tall Mount Everest in May 2011. He has scaled six mountains of over 8,000 metres in height including Everest, K2, Nanga Parbat, Gasherbrum I, Gasherbrum II and Broad Peak. The only other Pakistani to have conquered Mount Everest is Nazir Sabir, who did it in 2000.
He is the only person from Gilgit-Baltistan to have surpassed all five major peaks in Pakistan.