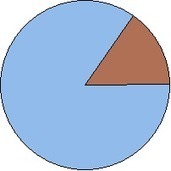 Vote for Abu Musa. The ownership of Iran on Abu Musa has been disputed by UAE. the dispute between Iran and UAE started on 1974 three years afterestablishment of UAE. From 1908, the UK controlled the island along with the other British-occupied islands in the Persian Gulf, including what is today the UAE. In the late 1960s, Britain transferred administration of the island to the British-appointed Sharjah, one of the sevensheikdoms that would later form the UAE. after Britain announced in 1968 that it would relinquish its hegemony in the Persian Gulf, Iran moved to reattach the island politically to the mainland. In November 30 1971 (two days before the official establishment of UAE), IRAN and Sharjah signed a Memorandum of Understanding. They agreed to allow Sharjah to have a local police station and Iran pay 1.5-million lira for nine years to station it’s troops on the island. one day before the UK’s officially leave the region Iran stationed its troops on the island and was welcome with the Sheik of Sharjah’s brother; Sheik Saghar; officially. In 1980, the UAE took its claim to the UnitedNations. But it was rejected by the UN security council, and the issue was closed. In same year, Saddam Hussein attempted to justify the Iraq-Iran war by claiming that one of the objectives was to “liberate” Abu Musa, Greater Tunb, and Lesser Tunbin Persian Gulf. In 1992, Iran expelled foreign workers who operated the UAE-sponsored school, medical clinic, and power-generating station. In 2012 a visit to the island by Iranian president Ahmedinejad provoked a diplomatic incident. Iran refer to the historical fact that the ownership of Iran over the islands roots back to Elam, Medes, Achaemenid, Parthian and Sassanid Empire and Persianpax Era and claims it was occupied by the UK and refers to the the agreement between Iran and emirate of Sharjah at 1971. UAE refer to 1971 agreement, and says Iran has acted against the deal and has taken control of the whole island. .http://www.abumusavote.com/index.php.