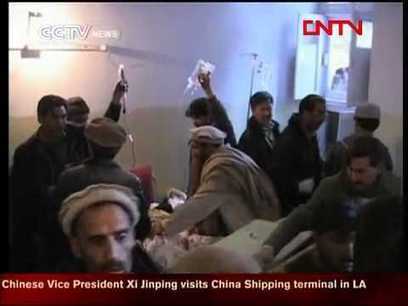 PESHAWAR, Pakistan — A local official says the death toll from a suicide attack in a majority-Shiite Pakistan town close to the Afghan border has reached 32.
Wajid Ali, who is an administrator in the town of Parachinar in the Kurram region, said Saturday that nine people had died in hospitals since the Friday blast, which was initially reported to have killed 23.Another 67 were injured when on a motorcyclist detonated his explosives in the Parachinar’s market.
Ali said security forces later shot and killed four people who took to the streets to protest.
Violence by Sunni extremists against Shiites is common in Sunni-dominated Pakistan.
The Kurram region has seen outbreaks of sectarian bloodshed in recent years.
Via youtube.com