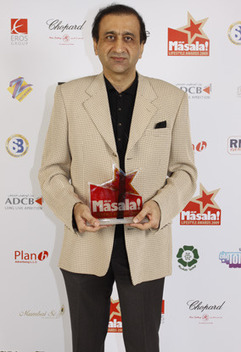 Haideri Taliban? ISI and Jang Group’s joint propaganda against Pakistan’s Shia Muslims
BY ADMIN We condemn Pakistan army/Jang group’s attempt to misattribute the Taliban-ASWJ-AQ terrorism to innocent Shia Muslims. Haideri Taliban aka Mehdi Militia is an imaginary creation of General Kayani and Mir Shakil-ur-Rehman. ISI has tasked Mir Shakil, CEO of the Jang Group, to obfuscate the silent Shia genocide taking place in Pakistan. Iqbal Hussain, Jang Group’s reporter in Sadda, Kurram agency, is a known operative of SSP-ASWJ-Taliban-ISI. All peace and human rights activists are urged to record protest against Jang Group (Jang, The News, Geo TV)’s attempt at blaming the victim and distortion of facts. As instructed by Pakistan army/ISI, Jang Group has has hatched a conspiracy against peace loving, target killed innocent Toori-Bangash Pashtuns of Parachinar. The following statement, published in The News on 25 Feb 2012, is an attempt to false neutrality and blaming the victim. Clearly this conspirancy was hatched by the ISI and implemented via The News reporter at Sadda Kurram Agency named Iqbal Hussain Iqbal, an extremsit Deobandi millitant and close ally of banned SSP-ASWJ-TTP. We will not allow Jang or any other media group to falsely equate the oppressed Turi Bangash Parachinarais with the ISI-sponsored Taliban-SSP-ASWJ militants. No group such as Haideri Taliban or Mahdi militia exists in Prachinar. It is a fact that only ISI-trained Jihadi-sectarian militants have the resources, capacity and impunity to conduct acts of terrorism anywhere in Pakistan. For example, the recent attack on Peshawar police station yesterday (24 Feb 2012) has been claimed by TTP spokesman Ahsanullah Ahsan who told AP the attack had been carried out by an affiliated group, the Abdullah Azzam Brigade. A spokesman for the group said the attack had been carried out to avenge the death of one of its leaders, Badar Mansoor, in a US drone strike on Feb 9. (Source) Shame on Jang group; we want journalist and media bodies as well as PEMRA to INVESTIGATE Jang group’s links with Pakistan army, particularly in manufacturing and spreading misleading propaganda against Shia Muslims, Pakistan’s most target killed faith group. Jang is the same media group which did not publish a single news report, not even a strip on GEO TV, when Youth of Parachinar protested continuously for four months in Islamabad against blockade and target killing of Toori Pashtuns. Please SEND your Own PROTEST E-mail OR copy-paste the above post and send to the following email addresses: news.post@thenews.com.pk,tnslhr@gmail.com,letters@jang.com.pk,letters@janggroup.com.pk,
thenewlhr@thenews.com.pk,thenewspindi@thenews.com.pk,editor@thenews.com.pk,editorial@thenews.com.pk Here’s a copy of the ISI-inspired propaganda published in The News (Jang Group):
Via pakistanblogzine.wordpress.com