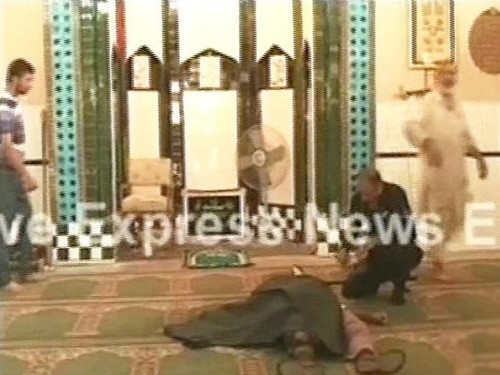 ISLAMABAD: Despite ‘heavy deployment’ of security personnel for Eid, a suicide bomber successfully entered a mosque in Islamabad but failed to explode, Express News reported on Friday.

The suspect entered the Jamia Masjid while prayers were in progress. When the attacker’s jacket did not explode, he fired indiscriminately killing a guard of the mosque and injuring two people.

Initial reports suggest the bomber got into a scuffle with the guard, shooting him when he was denied entrance to the main hall of the mosque.  Security personnel in the mosque killed the suicide bomber by firing back.